Donny has fun with some new snowflake dies and one of our newest peg stamp sets.

The first thing that we will do is prepare our paper. We need an A2 base in light blue cardstock. So, to make the base cut an 8-1/2″ x 11″ piece of cardstock in the middle at the 5-1/2″ mark on the long side. Then take one of those pieces and place on a paper scoring board and score in the middle on the long edge at 4-1/4″. Now, you have a base!

Let’s start by cutting out all the dies. From the blue cardstock, cut out the largest banner die. From the white cardstock, cut the second smallest inverted circle die. From the black cardstock, line up as perfectly as possible the two largest A2 frame dies and tape them together. Add to that the second largest banner die and the 3rd smallest inverted circle die. You can tape them all together and run it through the machine all at one time. From the silver paper, die cut one of the large snowflake dies and 2 of the smaller ones.

Brush the panel with an anti-static bag. Stamp the Mini Delicate Snowflake in VersaMark ink and stamp all over the panel. Don’t worry about stamping in the middle as much. Sprinkle on white embossing powder. Shake off excess and heat with a heat tool.

Glue the black frame to the stamped panel. Glue the large snowflake die cut to the upper center of the card. Using a fine liner pen, trace around the snowflake die cut. Glue the black banner on top of the blue banner and glue them about 1/2″ from the bottom of the stamped panel and off let it to the left, make the binding of the card and then cut off that excess of the banner. Glue to the card. Add the other snowflakes, gluing them in place. Add three adhesive pearls to the banner. Add adhesive tape to sentiment die cut and adhere it to the center of the big die cut snowflake.

For the envelope, brush on the perimeter what’s left in the blue blending brush. Stamp the snowflakes in various colors along the edge of the envelope, leaving the space for the return address blank. 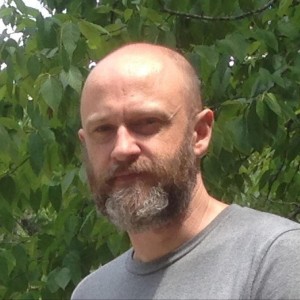